skip to main | skip to sidebar

In the context of a waning unipolar Americanised world nomos and its inherent - and near-totalitarian - anti-traditional, neo-liberal and consumerist ethos, this conference, to be held in a prestigious venue in central London, will explore alternative potentialities offered by the coming multipolar world, the rise and fall of civilizations, the concept of Eurasianism and a nascent fourth political theory.

The speakers at this event will be as follows: 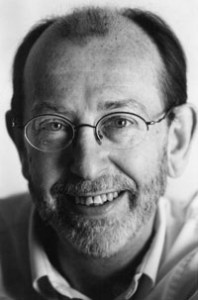 Alain de Benoist is the leading thinker of the European ‘New Right’ movement, a school of political thought founded in France in 1968 with the establishment of GRECE (Research and Study Group for European Civilisation). To this day he remains its primary representative, even while rejecting the label ‘New Right’ for himself. An ethnopluralist defender of cultural uniqueness and integrity, he has argued for the right of Europeans to retain their identity in the face of multiculturalism, and he has opposed immigration, while still preferring the preservation of native cultures over the forced assimilation of immigrant groups. He has authored dozens of books and essays on topics such as immigration, religion, philosophy and political theory. In 1978, he received the Grand Prix de l'Essai from the Académie Française for his book Vu de droite [View from the Right].

Editor of the journals Nouvelle Ecole and Krisis, his works have also been published in a variety of English language journals. Over the past forty years he has had a tremendous impact on the philosophical and ideological understanding of the European political situation. His English translations include On Being a Pagan, The Problem of Democracy, Beyond Human Rights, and Carl Schmitt Today, the latter three being part of an ongoing series of his works that will be translated and published by Arktos Media Ltd.

His lecture will be titled: Eurasianism and Liberalism 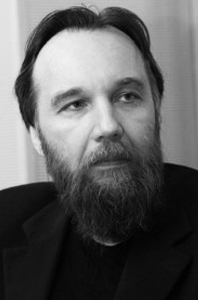 Alexander Dugin is one of the best-known writers and political commentators in post- Soviet Russia. During the 1980s, he was a principal member of the underground traditionalist movement in the Soviet Union, for which he was arrested by the KGB and expelled from his studies at the Moscow Aviation Institute in 1983. He continued to support his private studies in traditionalist philosophy by working as a street sweeper. After the collapse of the USSR opened up new possibilities, Dugin began associating with several of the major figures of the European New Right such as Alain de Benoist, and came to international prominence as a leader of the National Bolshevik Party, which sought to revive the ideals of the political movements of 1920s Russia and Germany which had gone by that name, and which had sought a synthesis of both Left- and Right- wing doctrines.

In 2001, Dugin founded the Eurasia Movement, which he has continued to lead up to the present day. In addition to the many books he has authored on political, philosophical and spiritual topics, he currently serves on the staff of Moscow State University. For more than a decade, he has also been an advisor to Vladimir Putin and others in the Kremlin on geopolitical matters, being a vocal advocate of a return of Russian power to the global stage, to act as a counterweight to American domination. Arktos Media Ltd has published his book, The Fourth Political Theory, which is an introduction to his political thought, and more translations are underway including the imminently forthcoming “The Great War of Continents - the Geopolitics of Modern Russia”.

His lecture will be titled: The End of the Present World - Eurasia: the perspectives of multipolarity and Fourth Political Theory. 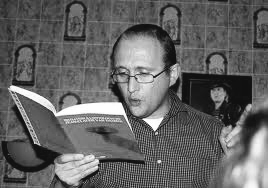 Laurent James is a French philosopher and writer. His areas of expertise include a variety of traditional, esoteric and spiritual disciplines. Based in Marseille, he regularly speaks throughout France and Europe and is a frequent visitor to Japan whose culture holds a particular fascination for him.

He is the editor and main contributor to the website Parousia.

His Lecture will be entitled: Eurasianism and Spirituality
Publié par PAROUSIA à 22:29